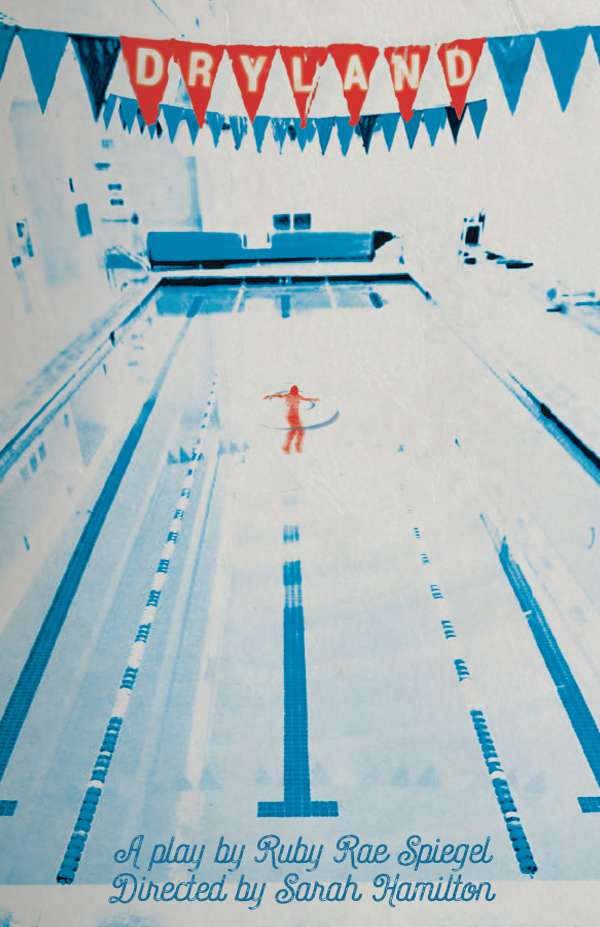 DALLAS– Upstart Productions announced today complete details for the regional premiere of Dry Land, nominated for the 2014/2015 Susan Smith Blackburn Prize and included on the first annual Kilroy’s List as one of the most recommended new plays by female and trans authors in 2014. Written by Ruby Rae Speigel and directed by Sarah Lacy Hamilton, Dry Land begins performances with a press opening on Friday, September 25, 2015 at 8pm and runs through Saturday, October 10, 2015. All tickets to Dry Land are $20 and are on sale now.

“Unflinching and unsentimental, Dry Land is the story of two unlikely friends who come together as they struggle to deal with an unwanted pregnancy,” said director Sarah Lacy Hamilton. “I’m drawn to Ms. Spiegel’s refusal to go easy on her audience or her actors. She fearlessly depicts what many teenagers in America deal with every day, without pulling punches or political correctness. Far from the politicization of Planned Parenthood, Dry Land is about the young women who find themselves caught up in this very real situation.”

Ester is a swimmer trying to stay afloat. Amy is curled up on the locker room floor. Victor hates jocks but not girls. Reba just wants to party. Hailed by the New York Times as, “remarkable…tender, caustic, funny and harrowing, often all at the same time.” Dry Land is a play about girls, abortion, bath salts, bathing suits, rashes, love, and what happens in one high school locker room after everybody’s left.

“This regional premiere offers Dallas audiences an intimate and frank, slice-of-life view of an all too frequent dilemma faced by young women in America.” said Upstart Productions Artistic Director, David Denson. “In keeping with Upstart’s mission to discover and cultivate local talent along with the company’s long history of hyper-realistic portrayals, this production boasts a solid mix of proven collaborators with new, never-before-seen artists committed to bringing our national abortion debate to life in the visceral style Dallas has come to expect from Upstart.”

All performances will take place at 2336 N. Beckley Avenue, a former Auto Restoration shop located near Trinity Groves on the west side of the Margaret Hunt Hill Bridge.

Get your tickets here.

Dry Land is presented this fall along with work by the Dead White Zombies and PrismCo as a part of a new West Dallas Performance initiative dedicated to the nurturing and promotion of artists and the creations of provocative and innovative new work in the performing, visual, and media arts.

Upstart Productions is an artistically ambitious company dedicated to the creation of distinct, innovative and compelling theater. Our aim is to make Dallas a major cultural center through the discovery and cultivation of emerging artists. We believe that the key to a city’s success lies in the strength of its culture. By cultivating and identifying new talent, we aim to serve local artists, the Dallas theater community, and the greater city of Dallas.