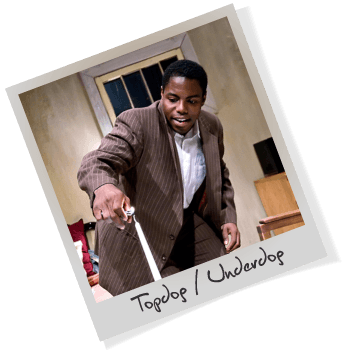 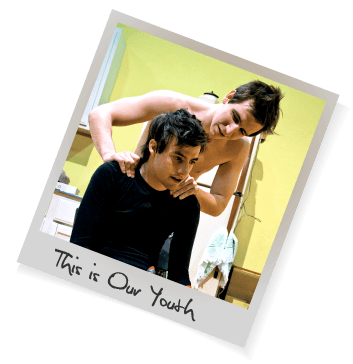 Upstart Productions is an artistically ambitious company dedicated to the creation of distinct, innovative and compelling theater. Our aim is to make Dallas a major cultural center through the discovery and cultivation of emerging artists.

How We Do It

We believe that the key to a city’s success lies in the strength of its culture. By cultivating and identifying new talent, we aim to serve local artists, the Dallas theater community, and the greater city of Dallas. We strive to do this by

“Upstart Productions is doing the unthinkable…And what a glorious thing they have done.”

Upstart was founded by Josh Glover in 2008. True to its name, Upstart quickly made a name for itself in DFW from the moment it burst onto the scene with the opening of its first play, Topdog/Underdog. The show was a huge success, receiving rave reviews from every major publication in Dallas.

Within its first three seasons, Upstart was named ‘Best Start-Up Theater’ by the Dallas Morning News, ‘Best New Theater Company’ by the Dallas Observer, and “one of the region’s best theater companies” by D Magazine, and was the recipient of several awards and honors, including seven DFW Theater Critics Forum Awards and three COLUMN Awards from its peers in the local theater community.

Upstart has had the distinct privilege of facilitating the work of many talented artists. Our greatest source of pride are the careers we has helped kick-start over the years. Numerous local actors, designers, and technicians count an Upstart production as one of their first professional engagements.

Upstart has also produced two world premieres by local playwrights: “I Met You and I Screamed” by Justin Locklear at the 2012 Festival of Independent Theaters; and “Apartment Plays” by Bruce R. Coleman. In 2011, Upstart hosted “Upstart Cinema,” a series of screenings that showcased rising Dallas-area filmmakers and created networking opportunities for film and theater artists. In 2012, Upstart hosted a multi-medium arts festival dubbed “Go West Fest” which featured local musicians, performance artists, and visual artists. Upstart has produced 10 full productions for more than 4,000 theater goers and continues to be celebrated for its ambitious programming, visceral performances, and hyper-realistic productions.