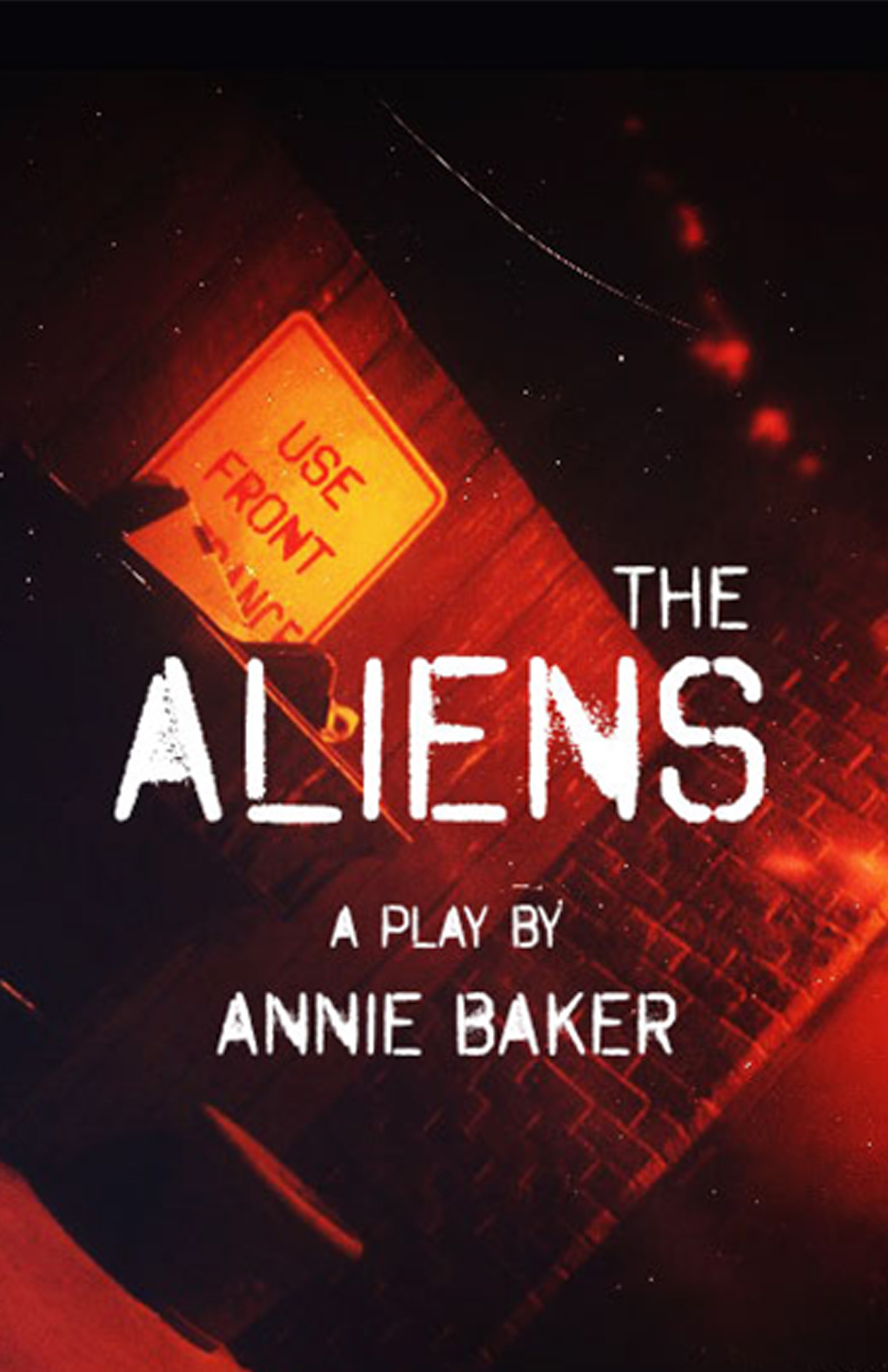 Ms. Baker may just have the subtlest way with exposition of anyone writing for the theater today. Through the small details and telling asides we learn the fundamentals of this friendship, founded on a mutual sense of generalized alienation.

K J dropped out of college and has a history of mild psychological problems. Jasper worships Charles Bukowski and is feverishly at work on his first novel. They used to have a band, but they could never settle on a name; the Aliens was one of a good dozen they considered. Without a proper name, a rock group isn’t going to get very far.